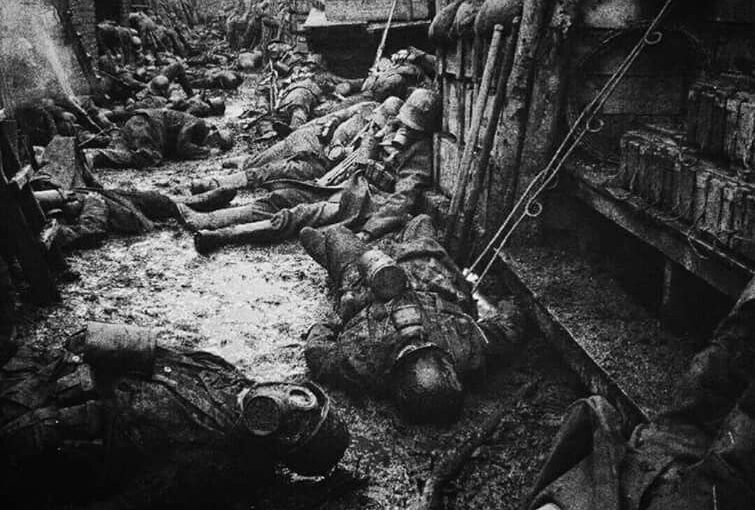 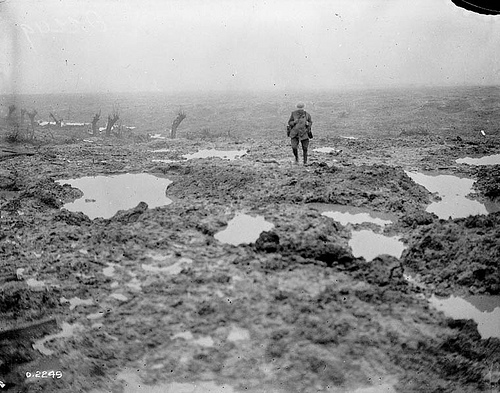 She stared at him from No Man’s Land, the smile he had fallen in love with, recognizable from afar. Her piercing blue eyes stared at him, as she kneeled down to his level, while he tried to stay hidden from the enemy, the trench his only way of surviving.

Her laugh echoed through the battlefield, as a chuckle escaped from the soldier’s own lips. He shook his head, she still was the silly girl he had lost his heart to. Without hesitation, she stood up, her dress not even dirty, and walked away through the bodies of the dead.

“Don’t go,” he begged, pushing one hand against the bags of sand that served as a wall. He leaned forward, his head now over the trench, an easy target for the other side.

His yell came right back to him, while no one answered. She walked further towards the other line, the other soldiers, who would shoot her if they got the chance. There was no one to live for if she was gone, she couldn’t leave him, not now.

“Shut up, Joseph!” his friend said, pushing him awake. He returned the favour with a glassy stare, showing that the real Joseph wasn’t there anymore, that someone else had taken his face and worn it as he’d wear clothes, to fit in, to not be spotted.

“Mary isn’t there, Jo! You’re imagining things!” the other soldier responded, holding his friend’s shoulder, as he tried to climb out of the trenches and into No Man’s Land, wanting to be with the one he loved most, not realising if he did, he’d leave her to be alone with grief and guilt.

With those words he climbed out of his hiding place, staying low none the less, so he wouldn’t be shot immediately. His dirty hands grabbed onto the mud, his ruined shoes got stuck in the barbered wire as he crawled his way up from Hell, to what he thought was Heaven.

The enemy watched in pity how the soldier tried his best to find his loved one, while he took the chance of standing up, so he’d be able to catch up on his lover, as she walked casually to the Germans, having nothing to fear, for she wasn’t really there.

“Come back! They’ll shoot you!”

And that they did. Yet it wasn’t the petite body of the female which fell to the floor, yet the already rotten, scarred, limp shell of what had once been her partner, his helmet clattering in the mood, a loud thumb the last sound he ever made.

This story was written a while ago, based on the so called “shell shock” and it’s symptoms. Shell shock is also a big thing in the Second World War, but it gets dubbed “battle fatigue” or “combat stress reaction,” shortened CSR 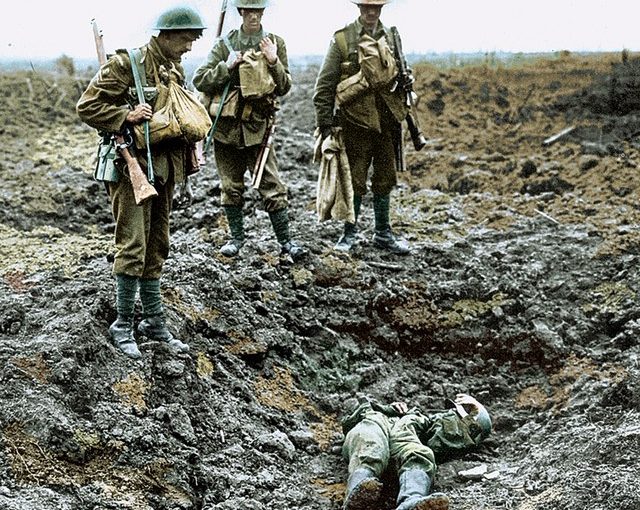 There he lay,
In crimson bathing,
His lifeless eyes,
Stargazing
His useless body,
Laying still,
No more breaths,
For his lungs to fill
No more days,
Yet to come,
No more watching
The rising sun

There he sat,
With bloody hands,
Mourning,
For his fallen friends,
His lips shut,
No words to say,
No call to utter,
Or God to pray,
With anger filled,
He grabbed a gun,
And fired,
At that rising sun

And so,
Night took over day,
Yet close,
Death would always stay,
He sat silently,
In No Man’s Land,
With a message,
For Heaven to send,
Of grief, sadness,
And the beautiful dead,
A message which is nothing more,
Than sad

I was allowed to read this poem during Poppy Day, for a group of current soldiers stationed in The Netherlands, back on 11th of November 2018